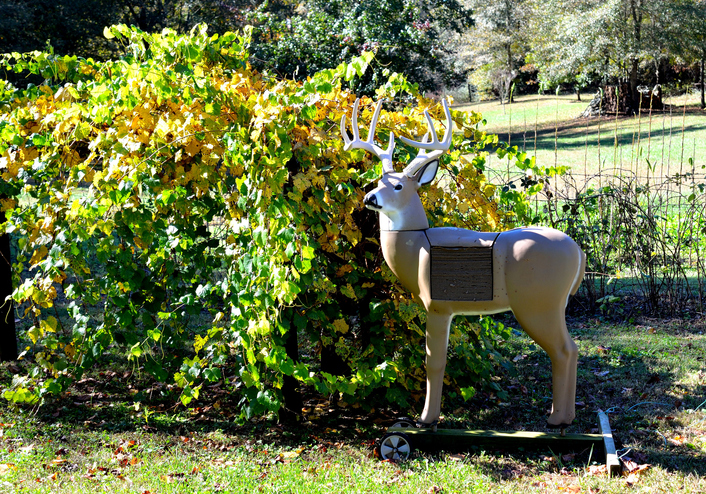 Want to hunt a deer by using a bow and arrow? Not only does it demand skills and hard work but also the right technique. While the former two take a lot of practice, we’ve got you covered for the latter. Here are some tips you should keep in mind before your hunt.

If you go hunting during the early season, you catch the deer by surprise. They aren’t too fearful of human sight. During this time, deer are also keen to eat summertime food. This gives you room to ambush when they’re traveling towards their evening feast.

Be cautious to not scare the deer early in the season as it would cause them to run away. For this, you should practice low-pressure hunting techniques. Using naturally scented or unscented gear and relying on game cameras to seek information might help.

As a hunter, you might have the zeal and temptation to scout in the wild. We’re sure hanging stands and checking trail cameras can be exciting, however, it is important to work smartly. You should control your desire to go out to prevent deer from going away. If other hunters spend time scouting before the opening day, deer may move near your spot thinking it's safer. This can be a great advantage for you!

The success rate of a well-strategized hunt is way more than an unplanned one. You should always prepare yourself and have a top-notch hunting strategy days before the opening day.

Deer loves nuts, acorns, fruits, or anything sugary. When the opening day is coming around, look for areas where these types of foods are present in bulk. Set your cameras in those areas and analyze where they may go for bedding around there. By following the above two strategies, deer will have low pressure and might eventually settle into your spot. This will allow you to study their patterns and key routes.

Once you know the routes and patterns of the deer, you’re halfway there! Position yourself accordingly and you’ll surely bag that buck in the opening season.

Bowhunting deer during the rut isn’t recommended or preferred by bow hunters. Deer are already pressurised by gun hunters during this time. This reduces the chances of a bow hunter hunting the rut. Only a highly dedicated and skilled hunter can score a kill amid the gun hunting activity. If you’re someone who loves challenges, you might want to give it a shot.
Let’s face it, scoring while hunting during the rut can take a while. However, the two tips written below will surely help you set the pace.

The bucks around do during this time. If you stalk the does, you’ll surely find a deer in the vicinity.

Finding a does is no cakewalk either. They’re especially more careful during the run as they have to deal with both the hunters and deer. Hence, it takes in-depth knowledge and practice to predict their moves.

This is exactly why hunting in the early season is preferable. Spotting does during the early season is more likely. You can leverage this insight on where they gather or move whilst hunting the rut. Place your stand in that area, hide nicely and keep an eye on the bucks chasing does.

It’s time you bring your auditory sense to work! Rutting season is quite a noisy time. From wheezes and grunts to fights and chases, you can hear it all. Looking for cues by listening can help you find a buck chasing doe or fighting his rivals.

There are two options. The first is to look for the buck. This can either be taxing or exciting for you. One certain thing is that it will take a lot of time. The second option is to reach early in the morning and listen. This will allow you to track the buck’s activity. If you are lucky enough, you’ll be able to hunt the deer after coming back to the same spots later.

Hunting during the late season can be quite tough. During this season, deer are way warier. To score a kill, you need to learn special techniques and gain intimate knowledge about deer behavior. Only a bow huntmaster can successfully bag a buck during this time.

As the cold approaches, the food for deer becomes scarce. Why? The grass either dries or gets covered in snow. Due to this, deer remain in a small zone where food and cover are abundant. The limited deer activity eases the process of studying deer’s patterns. The snow-covered ground also makes the path a lot more visible.

For the winter hunt, hunt the food to hunt the buck. Search areas with standing or cover crops or any other sources of nutrition that deer may look for. Once you get a bed-to-food path, find the best place in that region to set up an ambush.

Deer get easily spooked out during the winter season. It is due to the pressured state of hunting during the rut and their monotonous pattern which makes them easier to spot.

To deal with this, you need to be extra cautious during late-season hunts. One of the best ways is low-pressure scouting. It prevents the deer from leaving the area to feel safe.

Using trail cameras during the late season can be useful. Set them up carefully by utilizing information from previous sightings to get deeper into the deer's core area. Once you have enough information, look for a potential ambush spot to plan your hunt.

You may have to bring the deer close to its feeding or bedding areas due to the short range of the bow. Always make a point to wear unscented clothes, use a ground blind and master the art of camouflaging to get in the deer’s area and hunt it like a boss.

Make sure to keep the above tips in mind and you will definitely bag that buck sooner or later. All the best!